A brief review of an excellent concert at the Wallace Collection by the City Music Foundation. There's a link to their website, where you can find out about the rest of this week's program.

Rembrandt at the BM 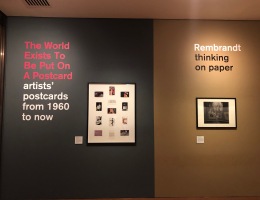 Read more Rembrandt at the BM

A short post on Thomas Lis' outstanding performance of #Chopin at Westminster Cathedral Hall. One of the best performances I've seen so far this year. This in contrast to Matt Helders' woeful turn at King Tut's.

A short ramble round Leicester

Coming to a brief spell of teaching at De Montfort I thought it might be of use to the casual cultured visitor to point out some of the less well-known elements of Leicester that are worthy of consideration.

First class service and well-executed food make for a winning combination in the dungeons of the Wigmore.

La Philharmonie and a Musical Museum for London

Arguing for a landmark museum of classical music in the City of London. 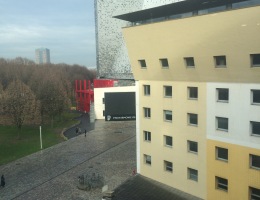 Read more La Philharmonie and a Musical Museum for London

In my list of free London classical music venues I failed to include the Regent Hall. Mostly because I’ve never been there before. I was aware of the fact that they put on free concerts every Friday lunchtime not a stone’s throw from the ‘shopper’s paradise’ of Oxford Circus. What luck that the rain drove… 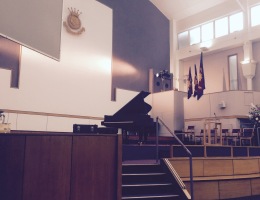 This post picks up on something I wrote previously about the Royal Academy of Music and comes in a week when I went back to RAM for an extraordinary celebration of the work of Erik Satie. It was an impromptu visit; an expected evening with friends having fallen through I was at a loose end…

On Lunchtime Music in London

This was a picture that I culled from the Financial Times a while ago that was partly responsible for my taking up the trumpet late in life (sorry Denize, I know it’s loud). Rushing, if you’re not familiar with his work, was in his pomp in the 50s when he recorded a version of his…