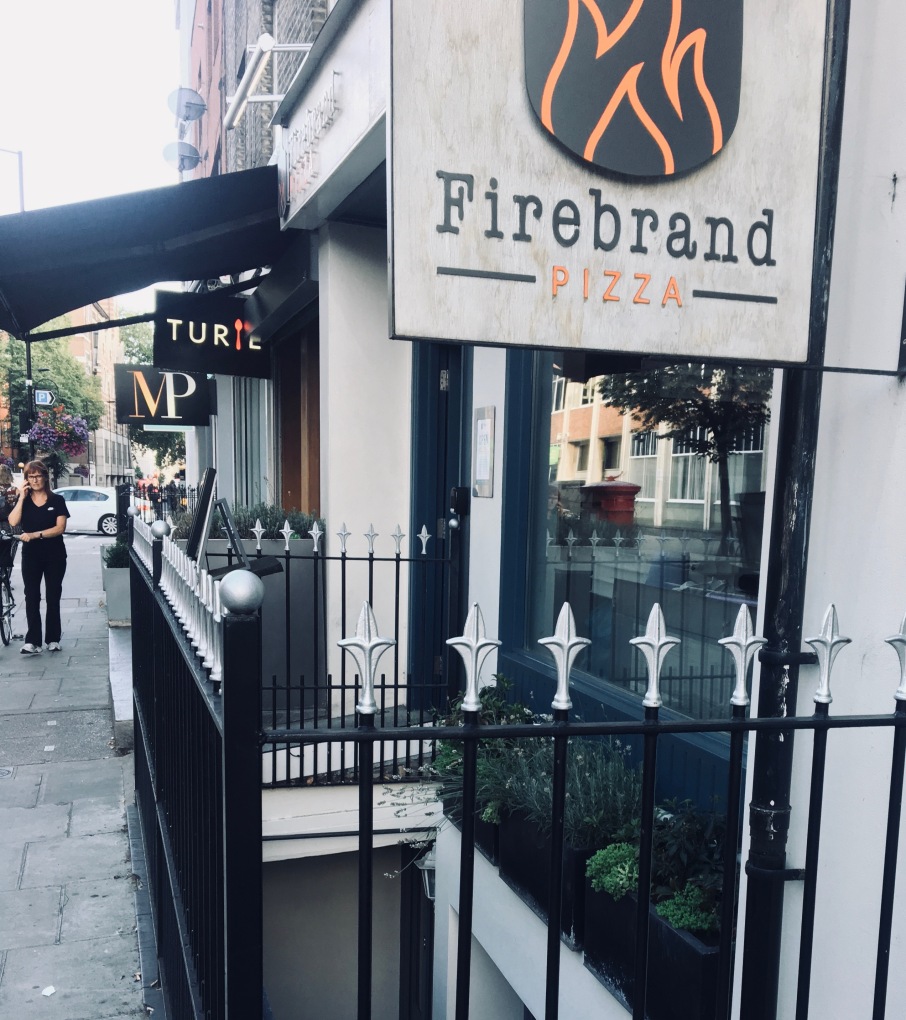 in Lisson Grove for a rather underwhelming production of Medea we wanted quick eats out of the sun. Firebrand Pizza looked a good bet.

It’s a shady room with a big window to watch the folks of the Grove go by. The menu is standard pizza and starters so went for a platter of meat up front followed by pizza and a side salad.

The meats were superior fare, even the mortadella (which can often be a bit spammy) pitching in with some smoky flavour. The pizza was good without being wow. A bottle of Sicilian white on the side helped it down.

The service was excellent from two friendly waitresses and at under £30 a head all in it was pretty good value. Worth going to if you’re in the area.