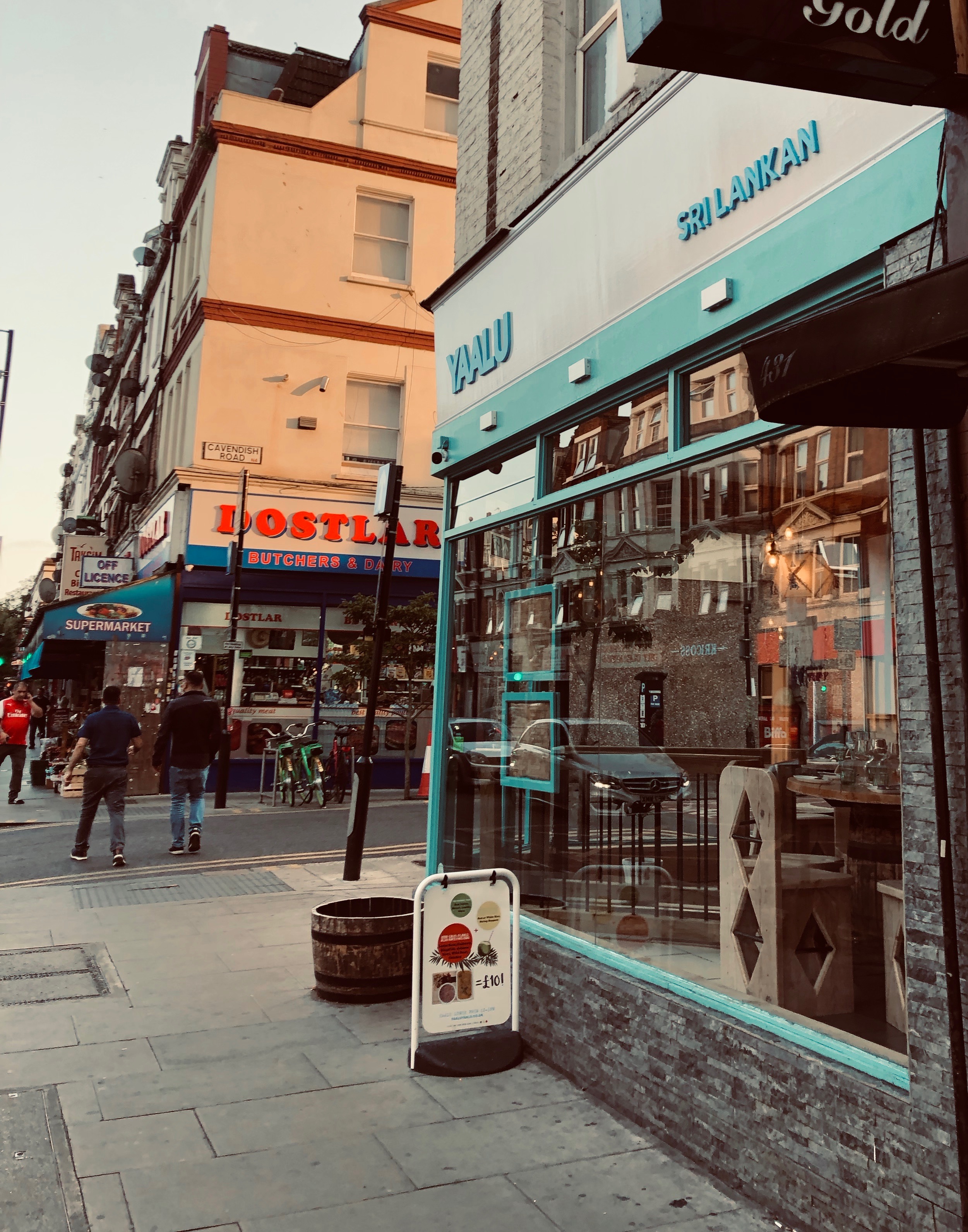 Yaalu Yaalu’s been on the high street for a while but thanks to my wife’s aversion to spicy food it’s taken me a while to pop in. It was early evening on a Monday so not entirely a surprise that we were the only diners but a bit disappointing given that the room is pretty big and sparsely furnished.

We took a table by the window to try and encourage further diners (to no avail) and perused the menu. There’s quite a selection of starters but we had a date with the Salisbury quiz (where controversy abounded over the Ring of Fire and tongue bones) so we went straight into mains.

The YY’s copywriter is inclined to the rococo turn of phrase. Goat stew was billed as ‘Find the Goat’ while venison classic wild boar from Sri Lanka (is that a thing?!) promised to release ‘the surprises in your taste buds.’ We took those (there’s a plentiful amount of veggie/vegan things if that’s your bag) with some dhal and rice to go along the side. The surprise my taste buds found was that the spicing was very mild in both mains, though they weren’t without good flavour. The dhal was a bit disappointing – a far cry from the thickly volcanic treasure that you get served up at Dishoom.

Drinks were bottled and the maximum value (if not authenticity) was extracted from a large bottle of San Miguel. The service was prompt (as it should be if the place is deserted!) and friendly. I was going to see what opinion they had on Sri Lanka’s chances against Afghanistan the following day but I don’t think there was anyone Sri Lankan in the team. I’m not familiar with Sri Lankan food at all so to have an informed opinion I’ll have to go back with someone more expert to see how it Yaalu measures up to what it should be. For now it’s a good option on Green Lanes for those who are tired of kebab.

To see where else I’ve eaten go to the GoogleMap …