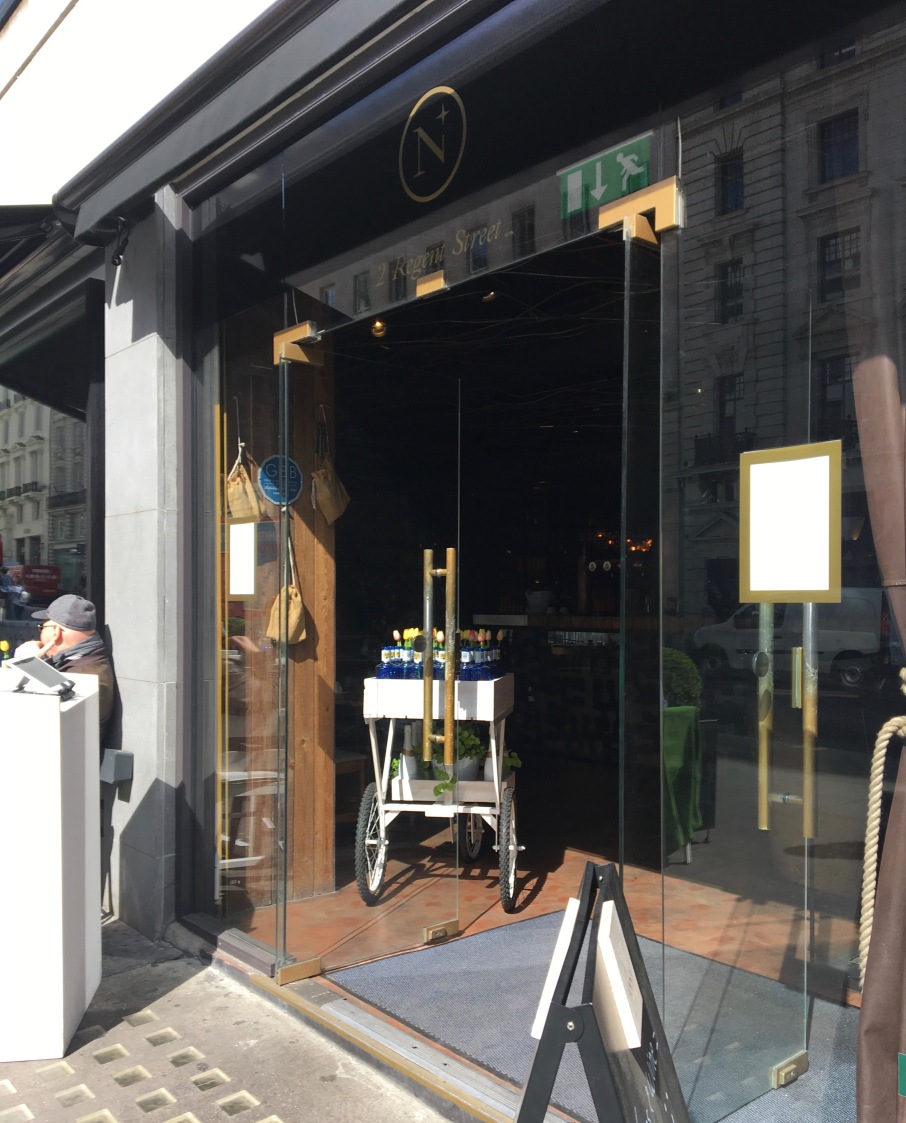 After a dose of cow poisoning from Paris a lighter lunch was called for back in London and tapas seemed a good idea. Norte by Bilbao Berria (irritating name) is a short stroll from the library so we went there. Declining to suck in the noxious London air on the terrace we got a table at the back of the big rustickish room next to a couple of local workers. There being few other diners around it was a bit of a mystery as to why we should be placed cheek by jowl but fortunately the tables are nice and big at Norte and so it wasn’t an issue. For a time.

They do a set menu for 20 quid with a choice of one starter, one main and a side dish. So we went for that. The starters gave you a choice of bread or bread. I went for bread. Across the way’s bread was a few slices slathered with some salty tomato paste. My bread was just bread and a bit of olive oil. The creation of such starters required all the culinary skill of a parking meter.

The mains were better – a good portion of red mullet in sauce and some smoky pork on crushed spuds. Patatas bravas were ok and the green salad was pretty good. But none of it was tempting me to go back and try the à la carte some time. A false start on the wine (we were brought red not white at first) was followed by what could have been some tiresome fiddling around with the credit card machine when it came to paying. As we weren’t in a hurry it wasn’t important but it was just characteristic of the whole dining experience.

Which brings me to the diners on our right! An elderly couple of Spaniards hove into view shortly after we sat down and squeezed in next to us. They proceeded to carry on on their mobile phones like a couple of teenagers on the night bus – completely ignoring one another and chuckling away as they spilled out tinny ‘music’ while watching some shit or other on YouTube. What a pair of old chores.

We decided to take our coffee at Fernandez & Wells in the more civilised ambience of Somerset House.