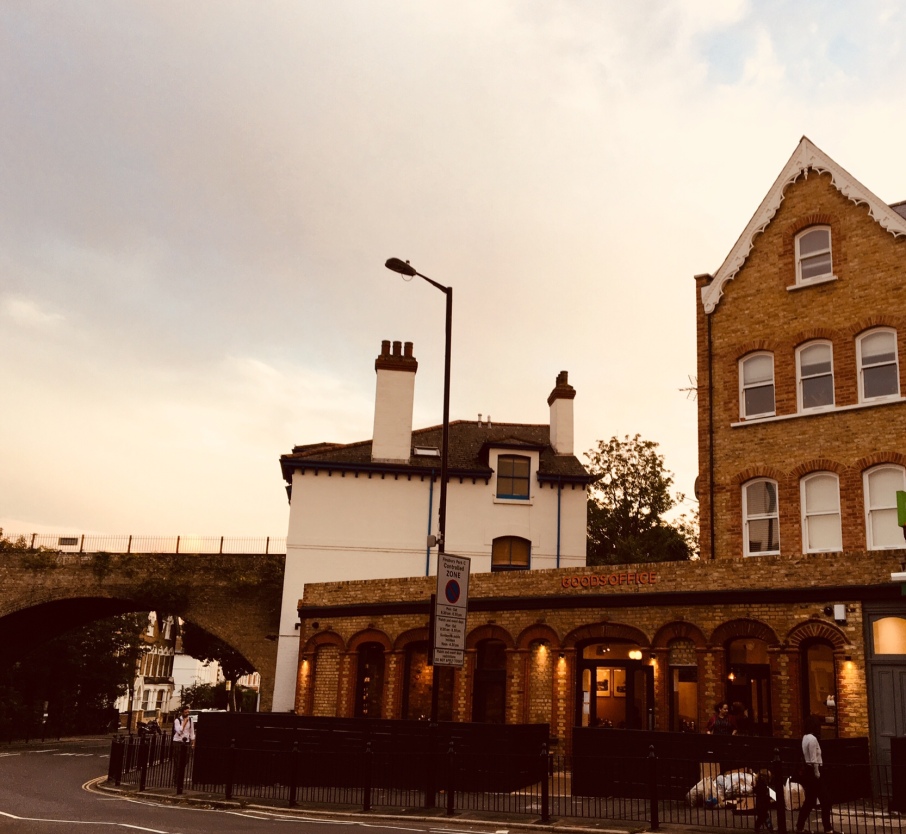 A welcome addition to the local restaurant scene is Goods Office which nicely fills in the gap between Stroud Green and Crouch End. It replaces, after many years, a previous eatery called the Triangle and as you might guess occupies a triangle-shaped room. This doesn’t make it the easiest space to wrangle table-wise and to be honest I’m not sure the present set up of rows of tables quite works. But it looks to me that they’re still in the teething stage and no doubt a few furnishings will appear too to dampen the rather rattly accoustic.

But what about the food? It’s tapas so we went for a few options each from veg, fish, meat and sides. The stars of the show were a cured mackerel (top quality fish) and beef croquettes. The calamari were also excellent but could have done with a bit of aïoli or similar alongside. Padrone peppers were decent but too few. The rash splurge on a second bottle of wine for the party took the spend above 20 quid a head which is about standard for this side of the tracks of north London.

The service was excellent, really friendly and I hope this place goes from strength to strength – if only because it’ll save me walking that bit further when I want to go somewhere other than Harringay High Street.