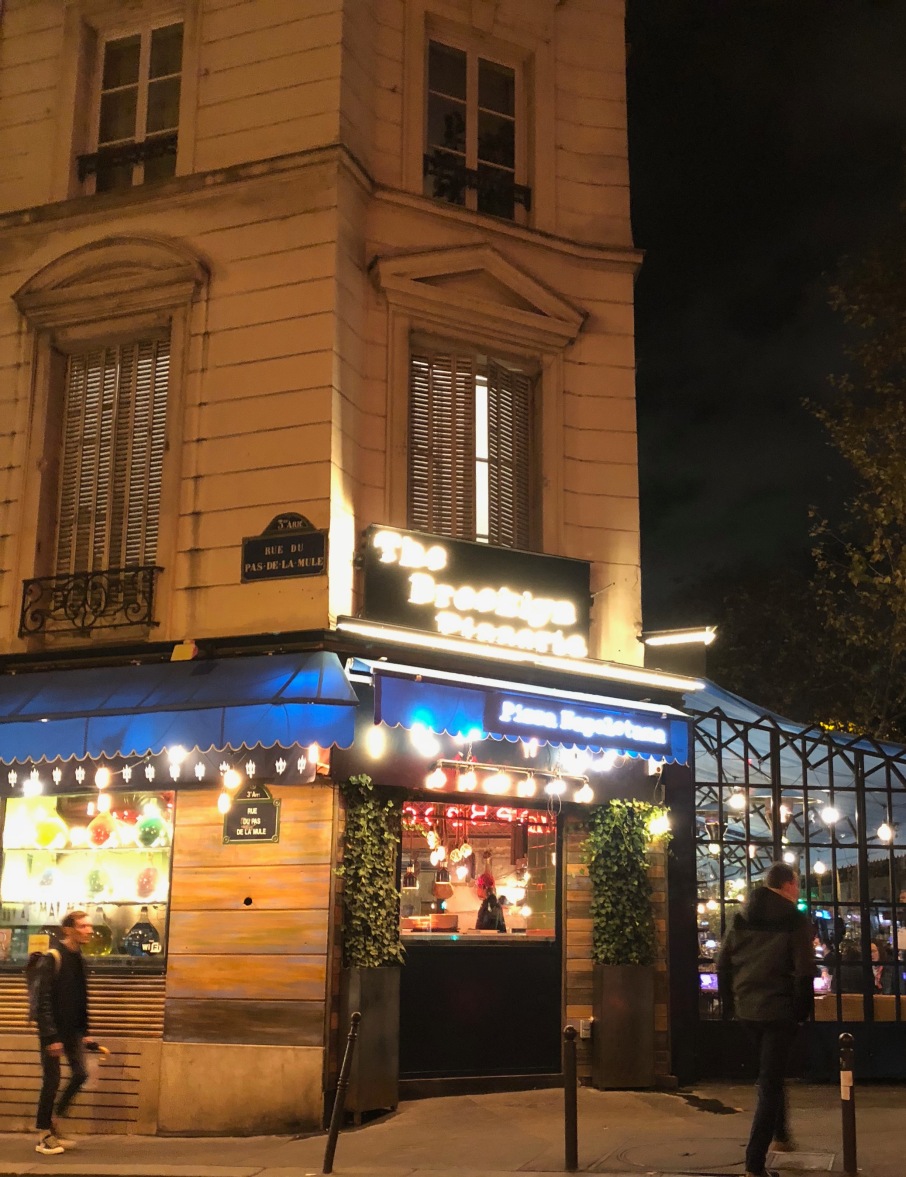 Let’s put it out there straight away – Pizzeria Brooklyn is the kind of tourist trap that I would normally avoid. But with an appointment with an Opera we needed food in Bastille quick. PB delivered on that, in fact in terms of food it overdelivered.

But everywhere else it didn’t. Let’s do the food first. We got veggie antipasti up front and it was very good – a generous helping of autumny veg. The pizzas (we got the MBappé specials in honour of the great man) were excellent and massive. I now know what a pizza pie is – it’s a puff pizza with deliciously moist dough which when you pierce it with a knife let’s out a column of steam to reveal its meaty tomato guts. But I’d been walking all day and I still couldn’t finish it – we should have got one to share. House white was bland but drinkable (and cheap, it’s France after all).

The room was set up for Instagram – a pizza oven with something sloganned on it. Bits and pieces of vaguely New Yorky stuff around and a soundtrack of things I wish I didn’t know the tune to from the 1980s. And the bogs! Who would not get rajjed having to take a leak with the legend, ‘Keep calm and eat pizza’ drilling into their eyeballs?

Well, people who like to take selfies in front of food, pictures of their food (the pizzas were square (so wonderfully Instagrammable), wonky pictures of pizza ovens and selfies with pizza ovens. They love that shit. No wonder the staff had all the chaleur of a late night petrol pump attendant.

Did I say the pizza was good?