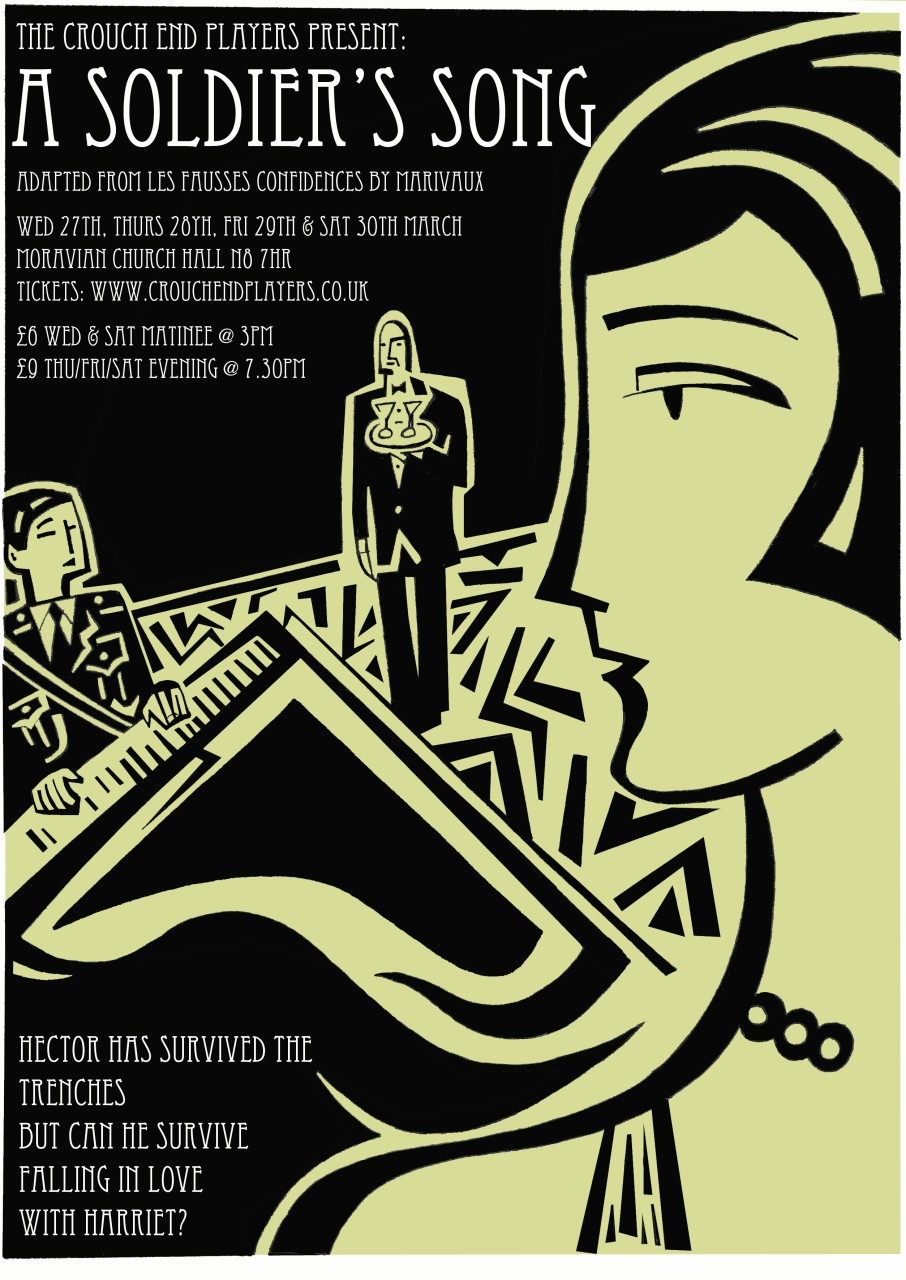 Rehearsals are in full swing for A Soldier’s Song and now, thanks to the wonderful Nick Kobyluch, we also have our artwork!

After a weekend of Berlioz on Radio 3 it’s also now time to reveal that ASoSo (as it’s become to cast and crew) is itself inspired in part by Hector Berlioz. On reading the original Marivaux it rapidly became apparent to me that the male lead’s romantic obsession with Araminte had a powerful resonance with the real life obsession that Berlioz had with the actress Harriet Smithson.

It’s the 150th anniversary of Berlioz’s death this year and so there’s a lot of French romanticism in the air. I only hope that I’ve done the crazy old romantic justice and mashed up his life with Marivaux’s plot and my own sprinkling of English Romanticism to make something rather special.

Do come along to the Moravian Hall at the end of the month to find out! Tickets will be on sale from 25th February 2019.

A Soldier’s Song, an original play by Geoff Levett adapted from Marivaux’s Les Fausses Confidences will run at the Moravian Hall from Wednesday 27th to Saturday 30th March 2019.