We were two hungry chaps in search of cheap eats near Covent Garden. Rush hour reminded me of a previous occasion when I’d ducked into the India Club and found myself moving from one of the earth’s most crowded spots into a nostalgic pool of sepia tranquility. So we did that. Except we had to wait because the Indians don’t start cooking till 6 o’clock. We took another turn in the Lyceum Tavern across the road then returned with our hunger sharpened even more.

You’ll find the India Club within the Strand Continental Hotel. Go upstairs and on the first floor you have the bar. You might want to stop off here and mingle with the eccentrics over a G&T but if you really can’t wait ascend another storey to the restaurant. Don’t forget to pick a pair of Cobras to take with you though otherwise you’ll have to go back downstairs to get them.

A sole diner was munching when we arrived, his gaze focused on a point many miles away. Around the walls pictures of Indian legends look down upon the room – Gandhi and  Jinnah I spotted easily, others were more difficult to identify. I believe the restaurant opened in 1949 and I don’t think it’s had a refurb in the intervening seventy or so years. Formica tables, functional flatware and a paper napkin slimmer than graphene are the way the IC rolls. You’re not in Dishoom now, this is the real thing. Or at least a mid-20thC Anglo-Indian reality.

The waiter dropped a heavy hint that we should take the set menu. We complied and thus the spicy conveyor belt was set in motion. First up a poppadom each with four chutneys – mango (hot and sweet), onion (really, just onion and nothing else), lime (my personal favourite) and coconut (which I think we should have saved for the dhosa). We cracked open the Cobras and tucked in.

Next was a plate of battered onion and chilli – the chilli with a real kick, just done whole with the seeds left in. The Cobra took the edge off a little. Dhosas were thick yet light and to be honest I was already starting to get full but also the aroma from the kitchen was keeping me hungry so when the main courses arrived I still had the capability.

There was a beefy curry and a butter chicken, neither of them overly spicy and a little underpowered on the flavour side. The dhal was better, as was the sag aloo. Did we really need pilau rice AND bread?! Probably not but we ate them anyway, paid the bill and staggered back to the bar under the momentum of our own protuberant stomachs.*

*One tip for the gents – go to the Gents, you get a great little view of the rear of Kings College. One of those unexpected little pleasures is a smallest room with a view. Daddy of these is of course the Lloyds Building where you can ease yourself (to borrow from the Nigerian) while gazing over the City. Another that I miss is that which was to be found while watering the porcelain in the Old Red Lion on Whitechapel High Street. You could watch the District Line trains meandering their way into Whitechapel Station and think to yourself, ‘Aren’t I lucky to be in a pub and not in a tube carriage.’ 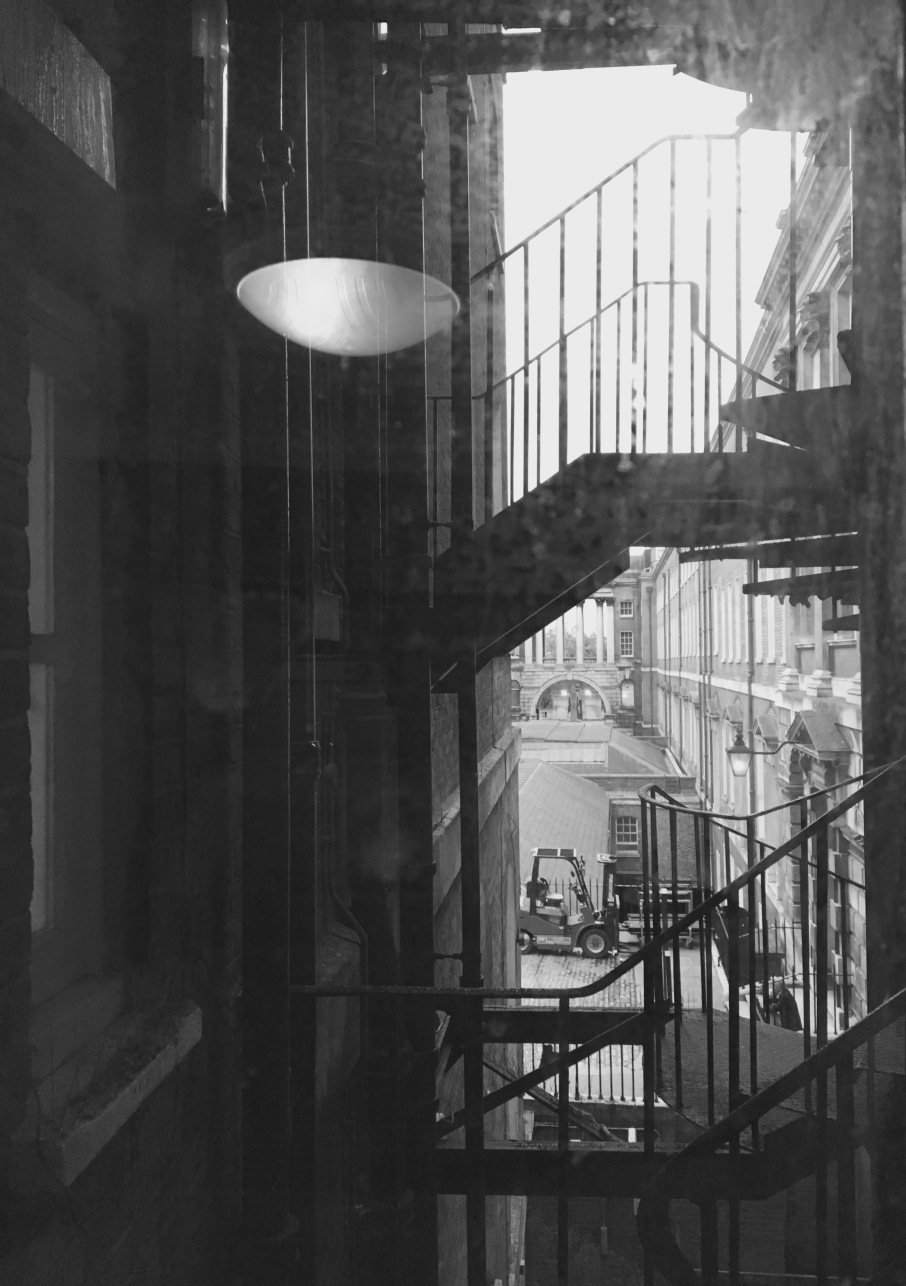