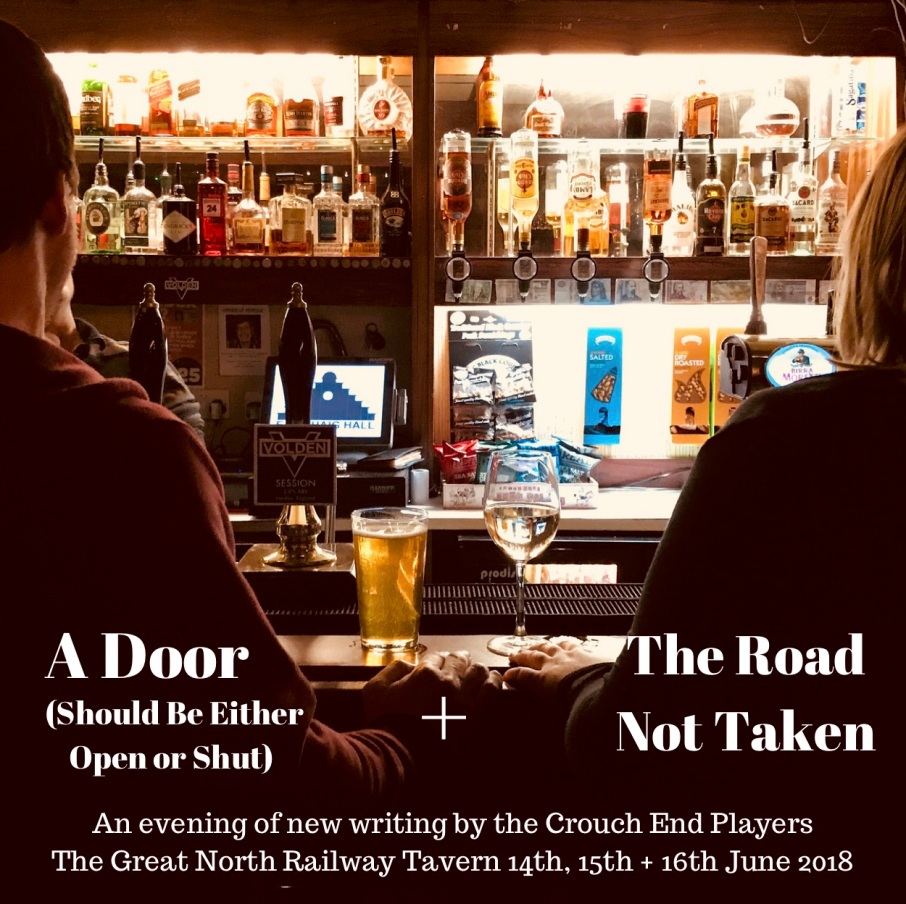 Now that A Midsummer Night’s Dream has finished it’s time to flag up my own next production with the Crouch End Players as part of the Crouch End Festival. As part of an evening of new writing I’m directing a new translation of the French classic, A Door (Should Be Either Open Or Shut).

The original is a short play by the Romantic writer Alfred de Musset, perhaps most famous in this country for being the lover of Georges Sand which inspired both of them to write classic memoirs of their time together.

The original concerns the romantic tribulations of a pair of aristocrats in mid-ninteenth century Paris but I’ve updated it to post-War London with saltier dialogue and a real period feel.

The venue once more is the Great Northern Railway Tavern, who were such excellent hosts for Corbyn Island in 2017 and there will be three shows at 7pm on the 15th, 16th and 17th June. Tickets are free and available from crouchendplayers@hotmail.com. It would be great to see you there!