Another post very quickly (as no-one likes a whinger) to talk of much more positive things associated with the Crouch End Festival. Last year’s Festival was my first experience of putting on a theatrical show and it was such a tremendously fun thing to do that I’ve decided to do it again.

But I’ll talk of that another time. The purpose of this post is to flag up other shows which are being put on by the Crouch End Players, who are a fine company of individuals who have just come off the back of a very successful production of A Midsummer Night’s Dream. 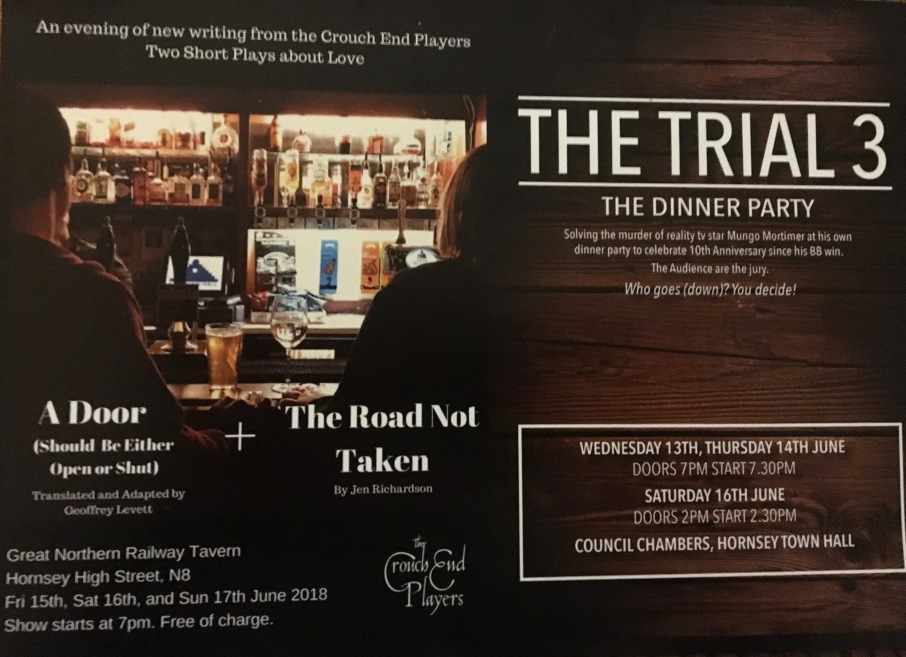 As part of a double bill with my play, A Door, Jen Richardson (the director of AMND) will star in an original piece of work of her own called The Road Not Taken. Both works are romantic comedies that discuss the nature of love and relationships. And both use the upstairs bar of the Great Northern Railway Tavern as their setting.

Another show that I’ve had a small part in producing (as co-writer with the highly talented Victoria Welsh) is The Trial 3: The Dinner Party. Regular Festival goers may have already seen a previous edition of this show which stages a courtroom thriller as an interactive piece of theatre which lets the audience question the suspects.

While not an official CEP production Storm in a Teacup, created by Sue Irwin-Hunt and Denize Levett, is from the same stable and again is a revival of an established format. It’s an improvisational comedy set in the homely surroundings of the Haberdashery. 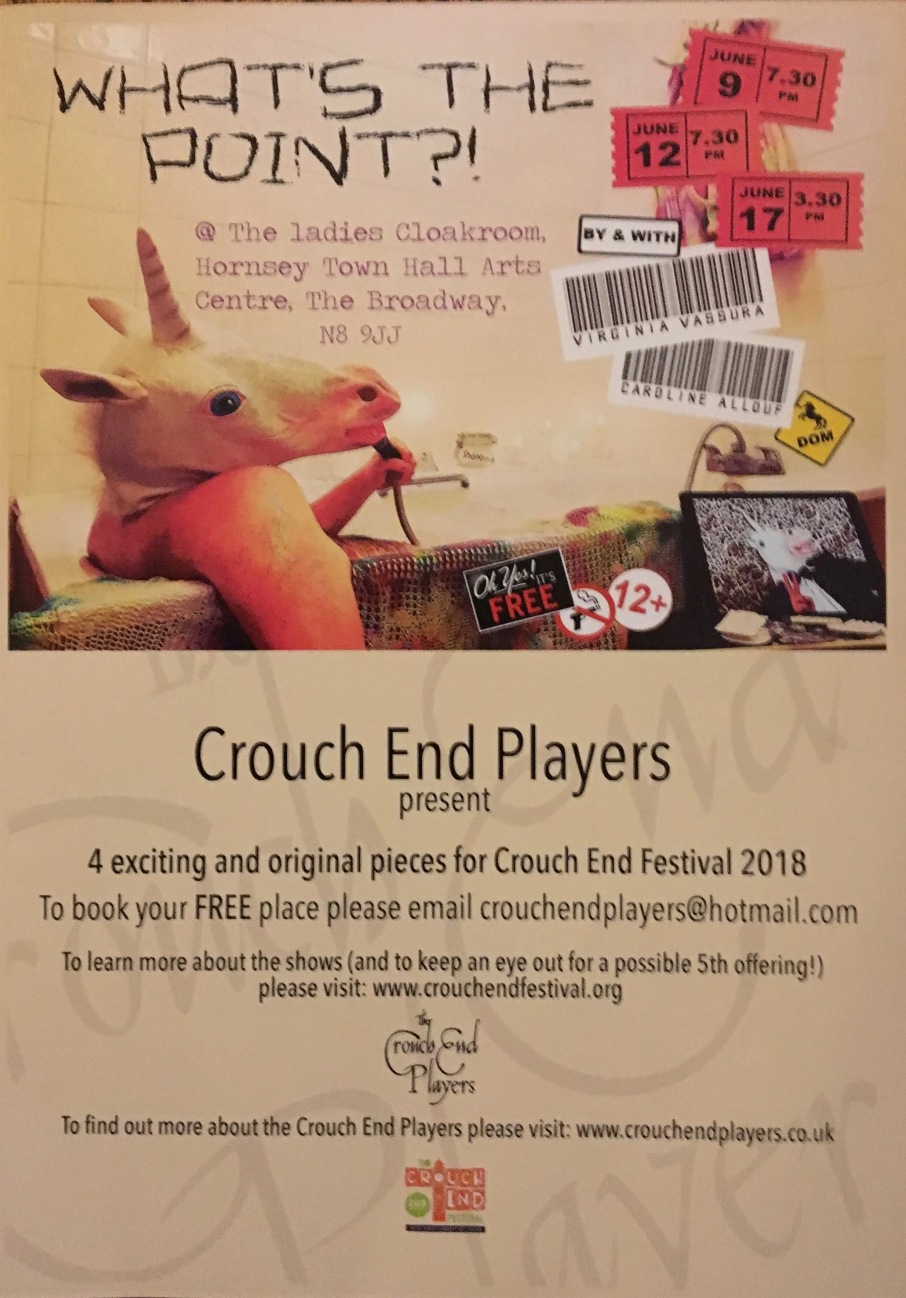 And last but by no means least CEP present What’s the Point?, another original work created by Virginia Vassura and her co-star Caroline Allouf which combines song, comedy, drama and a unicorn to talk about mental health and relationships.

Both The Trial and What’s the Point are to be staged in Hornsey Town Hall so this may be a final chance to get a shufty at the place before it is subjected to the developers. I hope to see you there!

Go to the Crouch End Festival website for details of all timings and venues, and of course to book your tickets! And look around for other great free stuff going on at the Festival. June isn’t only about the World Cup!!